Why Healthy Sleep is Key for Academic Achievement

By Arianna Huffington, author of The Sleep Revolution: Transforming Your Life, One Night At A Time (Harmony, April 2016)

There is more and more evidence of how sleep deprivation is affecting students, both their physical and mental health and their ability to learn. At the same time, we are living in a golden age of sleep science, revealing all the ways in which sleep plays a vital role in our decision making, emotional intelligence, cognitive function, and creativity – in other words, the building blocks of a great education. This science is already being applied, as many schools have seen positive results from pushing back start times. END_OF_DOCUMENT_TOKEN_TO_BE_REPLACED

In this Age of Terrorism, Inside the Criminal Mind is More Relevant than Ever

In the wake of recent terrorist attacks across the world, there has been a renewed global conversation about what motivates such criminal behavior, and what can be done to stop it.  As this discussion around violence and other illegal acts develops, Dr. Stanton Samenow’s landmark work Inside the Criminal Mind is more relevant now than ever.

In his recent review of the book, Dr. Michael J. Hurd argued that Inside the Criminal Mind opens “up insights and discussion into the nature of human psychology as something determined primarily by the way a person thinks.”  Placed within the context of Samenow’s profile of a criminal, students can see how the magnitude of crimes have changed since 1984, but the “characteristics of the criminal mind have not.” END_OF_DOCUMENT_TOKEN_TO_BE_REPLACED

By Matthew Desmond, author of Evicted: Poverty and Profit in the American City (Crown, March 2016)

I began this project because I wanted to write a different kind of book about poverty in America. Instead of focusing exclusively on poor people or poor places, I began searching for a process that involved poor and well-off people alike. Eviction—the forced removal of families from their homes—was such a process. Little did I know, at the outset, how immense this problem was, or how devastating its consequences. END_OF_DOCUMENT_TOKEN_TO_BE_REPLACED 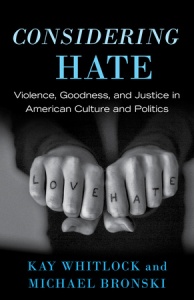 Terrible things happen all the time. Everybody knows that. They happen to all sorts of people for all sorts of reasons. Sometimes, as in the deaths of Trayvon Martin or Matthew Shepard, or the murder of nine parishioners in the Emanuel African Methodist Episcopal Church in Charleston South Carolina, society has come up with a special classification to explain—and punish—some acts. We call them “hate crimes” because they are seen as being caused by the “hate” of the people who commit them. But are they caused only by “hate?” Or are they symptoms of deeper, widespread, or even commonplace forms of violence? END_OF_DOCUMENT_TOKEN_TO_BE_REPLACED

Many of us want, need, or are simply required to teach the history of the Holocaust. But how should we do so? One problem, at least on American campuses, is that the Holocaust, in its very intensity and horror, seems too intense to be history, eluding context and thus understanding. Students can be left with images and memories, but with no clear sense as to how such an event took place. I wrote Black Earth in the hope that the Holocaust could be understood as part of global history, and that students interested in the wider world of the past could read the book as part of that journey. END_OF_DOCUMENT_TOKEN_TO_BE_REPLACED

The Psychological Forces That Undermine Our Criminal Justice System 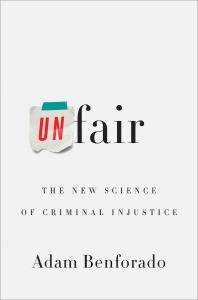 The death of Trayvon Martin in 2012, and his killer’s subsequent acquittal, led many to condemn our criminal justice system as fundamentally broken. And in the wake of high-profile cases in New York, Cleveland, and Ferguson, questions about how the law reflects—and exacerbates—racial and economic disparities have continued to dominate the national conversation. As a society, we are desperately trying to make sense of rampant gun violence, police brutality, overcrowded prisons, and widening inequality. END_OF_DOCUMENT_TOKEN_TO_BE_REPLACED

Re-defining God with the New Science of “Emergence”

by Nancy Ellen Abrams, author of A God That Could Be Real:  Spirituality, Science, and the Future of Our Planet (Beacon Press, March 2015)

We are living at the dawn of a new picture of the universe. We now know that everything visible with our best telescopes is less than one percent of what’s really out there. Our universe is made almost entirely of “dark matter” and “dark energy” – two invisible, dynamic presences whose 13.8 billion year competition with each other has spun the galaxies into being and thus created the only possible homes for evolution and life. This must change how we think about God. END_OF_DOCUMENT_TOKEN_TO_BE_REPLACED

By Lance Dodes and Zachary Dodes, authors of The Sober Truth: Debunking the Bad Science Behind 12-Step Programs and the Rehab Industry (Beacon Press, 2015)

The major current interventions for alcoholism and other addictions are based on some terribly flawed science, and have startlingly poor success rates. These are the key findings within our 2014 book, The Sober Truth.

My co-author and I reviewed every major scientific study examining outcomes for AA and 12-step-based rehabilitation programs, and found that the most likely success rate for these programs falls somewhere between 5% and 10%. This wasn’t our finding alone; an exhaustive scientific review by the prestigious Cochrane Collection which examined all AA studies over 40 years came to an even more damning conclusion, disclosing that “No experimental studies unequivocally demonstrated the effectiveness of AA” at all. END_OF_DOCUMENT_TOKEN_TO_BE_REPLACED 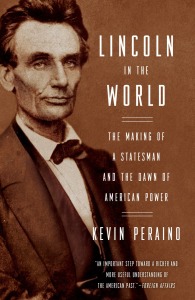 By Kevin Peraino, author of Lincoln in the World: The Making of a Statesman and the Dawn of American Power (Broadway Books, October 2014)

I came to Abraham Lincoln in a roundabout way. I had been working as a correspondent in the Middle East, reporting from countries like Syria and Libya and Yemen—where I was exposed to foreign affairs in a very high-intensity, granular way. I found myself searching for—almost craving—a wider, more thoughtful perspective on the events I was witnessing up close. I began poring through works about the historic traditions of American foreign policy in an attempt to make better sense of what I was seeing first hand on the ground. END_OF_DOCUMENT_TOKEN_TO_BE_REPLACED

A Dispatch from the Medication Generation 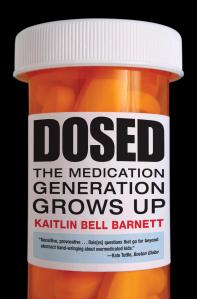 As the number of young people treated with psychiatric medications has risen sharply over the past couple of decades, the issue of treating kids has become a hot-button issue.

A growing chorus of critics point fingers at doctors who are allegedly too quick to pathologize ordinary childhood struggles as mental illness, and at parents allegedly too quick to medicate their children—all in the absence of scientific evidence about the drugs’ long-term effects. Mental health advocacy groups counter with anti-stigma campaigns urging people to seek help, and big pharma continues to aggressively push its drugs for more and more pediatric indications. END_OF_DOCUMENT_TOKEN_TO_BE_REPLACED