Hiding the Truth for Community’s Sake: The Danger of Small Town Dynamics 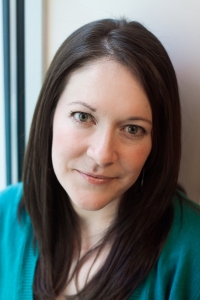 From Steubenville to State College to Missoula, small towns often step into the spotlight where sex crimes are concerned. After the stark details get spun through the news cycle, the towns are left to themselves again, usually divided, impenitent, and often unable to determine what role the community itself played in perpetuating the violence or the criminalization of the victims. As a young woman involved in a small town scandal myself, I can testify to the communal damage that lasts long after journalists and reporters have moved on to the next big story.

When I was ten years old, a quiet, middle-aged man succeeded in splitting my hometown in two. By the time I became his student, Howard Lotte had been teaching piano for decades in Mercury, a small town along the Pennsylvania-Ohio border that had never quite recovered from the steel industry collapse in the 1980s. In the fall of 1991, rumors began to swirl that Mr. Lotte had been molesting some of his students during their weekly piano lessons. First one girl came forward, then another, then another, and another. Then the unthinkable occurred: many—if not most—people in Mercury did not believe it was true. Further, they believed Mr. Lotte to be the victim of a conspiracy concocted by a group of ten-year-old girls. The debate over his innocence raged between those who believed the seven assaulted children and those who insisted this man, a beloved stalwart of our tiny community, had been framed.

Almost as soon as their names become public fodder for rumor, these seven girls who had agreed to testify against Mr. Lotte were ostracized from the community. They were bullied in school, chastised by adults, and made into criminals themselves. When I saw the persecution they endured, I decided to lie to the police. I told them Mr. Lotte had never put his hands on me, even though he had. It became the secret I would keep for almost twelve years, and it also eventually became the basis for Cinderland, my first book.

When I consider the forces at play that led to my decision to lie in order to protect myself (and in so doing, protect a criminal), I can’t deny the significance of intimate, small town dynamics. Almost overnight, I witnessed these seven young women be robbed of their privacy, their security, and their right to their own identity. They weren’t afforded the opportunity to be appreciated for their intellect, their creativity, their unique ways of seeing the world. Instead, they became defined by a single act—and it wasn’t the crime committed against them because so many contested its validity—it was the fact that they had found the voice to speak out about it. They were considered snitches and tattle-tales, liars and conspirators. During the time of Lotte’s protracted and hotly contested investigation, an unspoken sentiment became painfully evident to the rest of us young women struggling with the decision to speak out or stay quiet: even if Mr. Lotte was guilty, it was our duty as “good girls” to keep the truth hidden for the sake of our community.

Within tight-knit groups—religious, geographical, economic, or otherwise—the community itself often comes to define its own members. To criticize the town was to separate oneself from it, and that was a lonely road, indeed.

Many small, conservative towns (like Mercury, Steubenville, and even Penn State) make two fatal mistakes in the way they respond to sex scandals within their boundaries. First, many believe that to love their community means to believe in its infallibility. Second, the town-at-large often discounts the health and safety of its young women for the sake of its men. Although there was a strong-but-small dissenting minority, I suspect many in my hometown believed that disparaging the prosperity and perceived morality of one powerful man would send our town into ruin. It didn’t, of course.

The real danger lay in covering the truth in order to prop up our notions of being a wholesome, safe place to live. The need to be “good” seems especially potent in small communities, likely due to a false nostalgic notion that small towns are quaint, protected, and silent. But silence does not a safe place make. Instead it ripens an environment toward sexual violence, and it also heightens the private aftershocks that are weathered for years to come.

Amy Jo Burns teaches at the Arts Council of Princeton and writes for Ploughshares. She lives in Franklin Park, New Jersey. This is her first book.

One response to “Hiding the Truth for Community’s Sake: The Danger of Small Town Dynamics”