To Be Young, Latina, and Bisexual 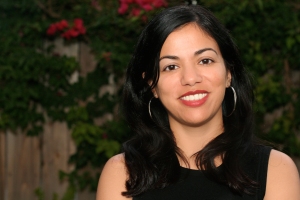 By Daisy Hernández, author of A Cup of Water Under My Bed: A Memoir (Beacon Press)

People often ask if it was hard for me, as a journalist, to write a memoir. It wasn’t. In many ways, the people I interviewed over the years for news stories—many of them immigrants, many of them poor—taught me to trust the power of personal stories. One of them was Alaaedien. He drove cabs in New York City, and one day, he picked up a man outside of Grand Central Station. The man was young, and he wanted Alaaedien to take him to upstate New York. The cab ride would cost almost a thousand dollars, Alaaedien explained. That was fine. The young man’s new girlfriend lived upstate. He would pay Alaaedien when they got there.

Alaaedien was thinking about his own girlfriend. She was in Egypt, and he wanted to bring her to New York. He wanted to marry her. A thousand dollars would help. He drove the young man upstate. Seven hours later, they pulled onto a residential street and the young man disappeared into a house. Alaaedien had gambled on the American Dream and lost, but that’s not how he looked at it. I tried to be a good man, he told me. In fact, he had even lent the young man fifteen dollars for food on that long drive north. I nodded and wrote it down, and when the story was published the next day in the Metro section of the New York Times, a reader called. She didn’t know Alaaedien, but she wanted to give him the thousand dollars he had lost on the cab fare.

The Cuban and Colombian women in my memoir A Cup of Water Under My Bed—my mother, aunties, healers—are a lot like Alaaedien. They took risks. They tried to be good people. They succeeded some of the time. They failed often. They worked in factories and as maids and Spanish teachers. They married for green cards and for love and for reasons that still aren’t clear. They attended Catholic mass and worshipped Afro-Cuban gods at home, and they didn’t know what to say when I came out as bisexual and edited a book on feminism and race that is taught in women’s studies across the country. I wasn’t exactly the American daughter they had expected. Or maybe I was. Children, after all, are a gamble, and the children of immigrants even more so.

I organized my memoir into three parts: family life, sexuality, and class mobility. My years as an editor at ColorLines magazine and my work on the feminist anthology Colonize This! (Seal Press) repeatedly returned me to these topics as pressing ones for immigrant communities, and readers, so far, have agreed. They have written to tell me that they, too, grew up in homes where only Spanish was spoken or Mandarin or Creole. They grew up trying to make sense of the immigrants who were raising them and the American culture that was becoming more multiracial and multilingual every year and still remaining anti-immigrant. Class mobility didn’t prove to be a panacea for racism and xenophobia. Finally, despite the physical distances from Latin American, the daughters of Latina immigrants continue to battle with community notions of sexuality, queer and heterosexual alike, and my stories of how the women in my family responded to me dating women and transgender men echoes readers’ experiences.

Journalism taught me the power of private stories; it also proved what feminism had said to me, namely that no story is ever private. Alaaedien’s story was an immigrant’s cuento but it was also the story of capitalism moving across borders and of the gender norms that dictate who migrates and when. It was a story of faith, too, and of love—a tiny memoir masquerading as local news.

Daisy Hernández is the author of A Cup of Water Under My Bed: A Memoir and coeditor of Colonize This! Young Women of Color on Today’s Feminism. She has written for The Atlantic, ColorLines, The New York Times, and NPR’s All Things Considered and CodeSwitch, and her essays have been published in the Bellingham Review, Dogwood, Fourth Genre, Gulf Coast, and Hunger Mountain. She is an Assistant Professor of Creative Writing at Miami University in Ohio. To see more of her work, visit www.daisyhernandez.com.

Tagged as A Cup of Water Under My Bed, Beacon Press, Biography, Daisy Hernández, LGBT