Disregarding Scholarship on the Basis of an Author’s Religious Belief 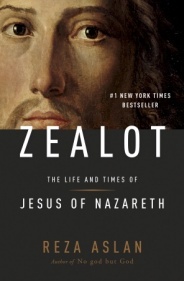 In “Attack on Religion Scholar Puts His Book on Jesus in the Spotlight“, published August 1 by The Chronicle of Higher Education, writer Peter Monaghan discusses the controversy surrounding Reza Aslan’s recent interview on Fox News about his new book Zealot: The Life and Times of Jesus of Nazareth (Random House, July 2013).  Zealot argues that “Jesus of Nazareth little resemble[d] the figure embraced by Christianity” where his motivations for writing the book were questioned during the interview, as he is a practicing Muslim.

“You’re a Muslim, so why did you write a book about the founder of Christianity?” Lauren Green asked Mr. Aslan on “Spirited Debate,” to which Aslan explained, “I’m a scholar of religions with four degrees…who has been studying the origins of Christianity for two decades, who just happens to be a Muslim.”

What do you think? Is it legitimate to question one’s work on the basis of their identity or religious belief?

Read an excerpt from Zealot by clicking here.