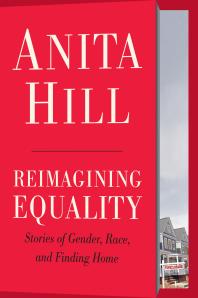 It’s hard to believe that almost two decades have passed since the dramatic Clarence Thomas Senate confirmation hearing that had such an impact on so many in our nation, including perhaps some of you. I’ve been very proud of the era of heightened awareness and concern about sexual harassment that followed that frankly grueling experience. I have had the privilege of meeting exceptional women and men in nearly every state in the country who seek nothing more than to end behavior, like sexual harassment, that keeps women from reaching their full potential. Some real good did emerge. And I wrote an autobiographical book that some of you may remember, Speaking Truth to Power, back in 1997.

For me the positive developments of the recent past are just the beginning. Starting from the premise that a fair and just society is in everyone’s best interest, I have spent a great deal of time studying, researching, and lecturing about how important it is that we strive for full equality in our nation, no matter how difficult an achievement it may seem. I’ve been working on my new book, Reimagining Equality, that reflects my ideas about how we can begin to realize equality for women, for blacks, and, particularly, for black women. In it I look back at my ancestors, and forward, based on my
experiences and discoveries since the hearing. I hope you will enjoy the stories and ideas presented here.

I wanted to publish this new book on the twentieth anniversary of the hearing—when there will be a fresh round of media and other attention—not only to shine a bright light on the accomplishments of the past twenty years but also to examine the issues that continue to trouble me and many of you. It’s my hope that this book will help a new generation to better understand and meet the challenges of remaking our society into one that might actually reach the goal of liberty and justice for all. Thank you for your support of my work,
past and present, and all best wishes for a successful year.

ANITA HILL is a professor of social policy, law, and women’s studies at Brandeis University, where she teaches courses on Race and the Law and Gender Equality. After receiving her JD from Yale Law School in 1980, she worked as the attorney-advisor to Clarence Thomas at the U.S. Department of Education. In 1991, she testified at the Senate confirmation hearings of Clarence Thomas. She gained national exposure when her allegations of sexual harassment were made public. She is the author of Speaking Truth to Power, in which she wrote about her experience as a witness in the Thomas hearings. Hill has written widely on issues of race and gender in publications such as the New York Times,Newsweek, the Boston Globe, Critical Race Feminism, and others. She has appeared on Today, 60 Minutes, Meet the Press, and Face the Nation.